An ambulance belonging to a fire and rescue squad was involved in a dangerous rollover accident. The only undamaged piece of equipment was the squad’s LifePak 15 which was held securely in place by Technimount’s Bracket Pro Serie™ 35.

The Princess Anne Courthouse Volunteer Fire and Rescue Squad located in Virginia Beach, Virgina serves over 40, 000 families and is comprised of 90 dedicated volunteers.

In April of 2018, an ambulance belonging to the squad was stolen and taken on a joyride which resulted in a dangerous crash. “On April 19th we had an ambulance stolen…”

The space in the back of an ambulance is limited. Paramedics often have to reach over patients to grab items. Medical devices are on the floor and could easily be stepped on. Sometimes equipment is placed on the stretcher. All of this creates an unsafe environment… 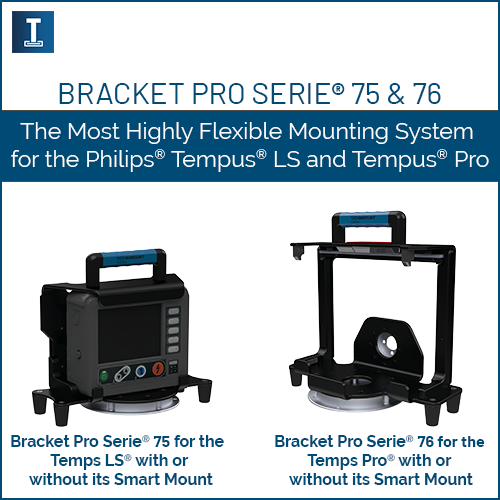 Designed in collaboration with Philips®, the Bracket Pro Serie® 75 and 76 supports healthcare providers with highly flexible solutions that make it easier and safer to transport the Tempus® LS and Tempus® Pro.

Talk with one of our experts today to learn more!